In the evening between 21st and 22nd of January, unidentified attackers broke windows on Human Rights and Democrarcy House in Belgrade. Police arrived at the crime scene and we expect prompt reaction on identifying and appropriately sanctioning the attackers.

Human Rights House reminds the general public that the violence in our society is escalating and that the targets of it, so far have been representatives of institutions who speak critically of results of Serbian Government, opposition leaders and now human rights defenders in Serbia.

This attack took place at the time of election for the board member of Regulatory body for electronic media who was nominated by civil society organizations and whose election in National assemby is illegaly and violently being obstructed by parliamentary majority and at the time when repressive laws on public, peaceful assemblies and public order that limit freedom of citizens and citizens’ associations are being adopted by the National assemby.

Violence in Serbia is blooming primarily due to absence of effective reaction of the state. We remind the general public that persons who ordered and committed attacks on dean of Faculty of Political Science Ilija Vujacic, jurnalists Davor Pašalić and Ivan Ninić, Assistant minister of education Milovan Šuvakov, member of Anti-Corruption Council Miroslava Milenović still have not been identified and sanctioned.

Also, persons who attacked members of opposition at local elections in the last three years haven’t been identified nor sanctioned. These attacks also include crimes of kidnapping in Vrbas and brutal beating of president of Democratic party in Mionica.. 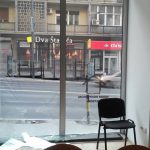 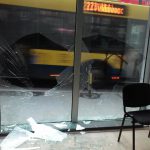 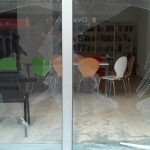 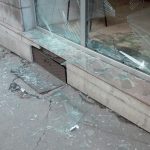 Brutal assaults at the media in Vojvodina
HRH Feb 17