Civil society is an ally for Ukraine’s future: It should not be targeted by measures impeding its independence

Civil society is an ally for Ukraine’s future: It should not be targeted by measures impeding its independence 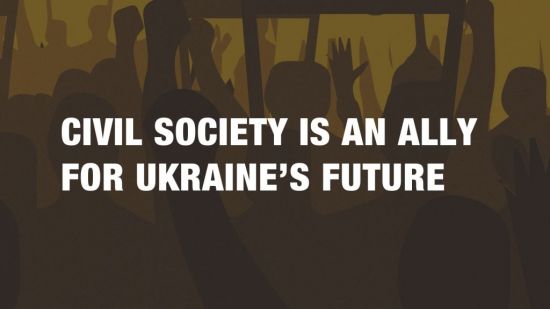 In a letter to the President of Ukraine, 31 member and partner NGOs of Human Rights Houses underlined that civil society is an ally for Ukraine’s future, and urged that it should not be targeted by measures impeding its independence.

Human Rights House Belgrade have signed the letter as well.

We, the undersigned 31 member and partner NGOs of Human Rights Houses, call upon you to take all necessary steps to revert the recent legislative steps taken impeding the autonomy of civil society in Ukraine and ultimately discrediting NGOs.

As one of the steps of its anti-corruption initiative, your government obliged State officials, including members of the parliament, and civil servants to file a public electronic declaration of their wealth.

On Thursday 23 March 2017, the Verkhovna Rada of Ukraine adopted amendments to the legislation governing the electronic declaration of wealth of State officials and civil servants (law “On corruption prevention”). The amendments to Article 3 of the law foresee that in addition to State officials and civil servants, individuals working for civil society groups will also be obliged to fill in a public electronic declaration of their wealth, if they “take part or are engaged in the actions related to prevention of and counteraction to corruption” (law Nr 6172, amending the law “On corruption prevention”). On Monday 27 March 2017, you signed the law, which is now to be enacted.

We are deeply disappointed by your decision not to veto this law and call upon you to take all necessary steps to revert this legislative step.

As also set forth by the Human Rights Council in 2013 in another resolution co-sponsored by Ukraine, reporting requirements placed on human rights defenders and their organisations should not inhibit their functional autonomy. However, the signed law constitutes an infringement of the autonomy of civil society to choose their topic of work, by restricting the ability of individuals to operate free from hindrance when working for organisations focusing on corruption, compared to those working on other topics.

Civil society reports to its donors on its activities and grants. Its employees are, in any country, to abide by regulations governing revenue taxes and other taxes. Donors set their reporting requirements, often in agreement with grantees. In any country, governments must show restraint in obliging civil society to follow public transparency measures, and rather leave such measures to the initiative of non-governmental organisations themselves, as a way to prevent harming organisations working on sensitive issues.

The fact that the amendments to the law were voted in a hasty manner, without consultation of civil society, especially human rights organisations, and signed right thereafter raises doubt about the true objective of the legislation. The legislation creates a public suspicion against civil society, in a country that should nourish civil society contribution to its development and policies.

Given the above, we worry that the aim of the legislation is to intimidate civil society working on corruption issues in Ukraine, and ultimately to discredit NGOs. We are also concerned that these legislative steps are retaliation against civil society reporting, publishing and disseminating information about corruption in Ukraine.

In the spirit and willingness to cooperate with your Office and your government on the following, we call upon you to:

Human Rights House Belgrade (on behalf of the following NGOs):

Human Rights House Oslo (on behalf of the following NGOs):

Human Rights House Tbilisi (on behalf of the following NGOs):

Human Rights House Zagreb (on behalf of the following NGOs):

Previous Article
The Initiative to Withdraw the Government’s Draft Bylaw Which Restricts Research in the Field of Defense
Next Article
On the occasion of the election of the Prosecutor for War Crimes of the Republic of Serbia: No discussion on the future of war crimes prosecution

On the occasion of the election of the Prosecutor for War Crimes of the Republic of Serbia: No discussion on the future of war crimes prosecution
HRH May 17