Nataša Dragojlović pointed out that at this moment all reforms are in the shadow of the Brussels negotiations between Belgrade and Pristina, and that the biggest problems exist in the area of media freedom. “What is ahead of us is the EC’s Annual Progress Report on Serbia, which should be published in April. It will show how much progress Serbia has made in the process of implementing the reforms”, Dragojlović stated.

Ilir Gashi, from Slavko Ćuruvija Foundation, and Stevan Ristić, from the weekly magazine “Vreme”, spoke about the current situation in Serbia regarding the freedom of media and expression, the safety of journalists, and the practice and the implementation of the existing measures.

They underlined that there was a noticeable tendency of worsening of the situation, regarding the safety of journalists. The worrying data from the NUNS database was revealed, from the beginning of 2018, there were 23 attacks on journalists. Since 2014, when a set of media laws was adopted and progress was made in this area, the number of attacks on journalists has increased drastically every year.

At the meeting, the Permanent Working Group for the Safety of Journalists, which was established by the Ministry of Interior and the Association of Journalists, was also discussed. In the past year, only 5 meetings were held, which is not enough for the efficient functioning of this body.

Maja Stojanović reminded of the necessity of the existence of preconditions for the work of the Journalists’ Security Group, such as the Rules of Procedure, the Secretariat, a responsible person and a working legal mechanisms in order for the Group to perform its function.

Call for the meeting was also sent to the representatives of relevant state institutions, that did not respond to the call, and thus once again demonstrated the lack of interest and incomprehension of the state on the issues of journalist safety.

The meeting of the Inter-sectoral Group on Freedom of Expression and Media, and the Working Group for Chapter 23 of the National Convention on the European Union on the theme “Mechanisms for the Protection of Journalists”, was held on March 26th, 2018. in the National Assembly of the Republic of Serbia. The meeting was attended by over forty journalist and media associations from all over Serbia. 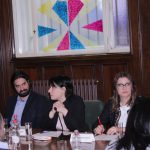 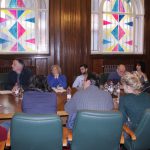 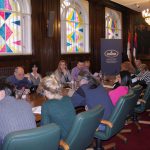 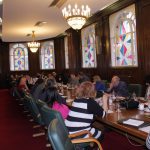 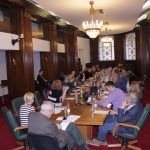 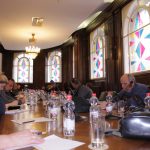 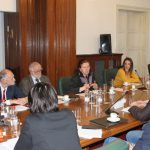 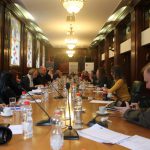 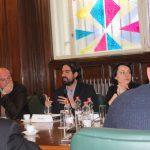 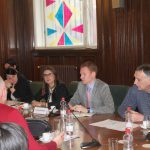 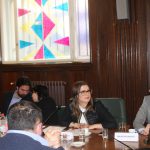 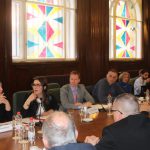