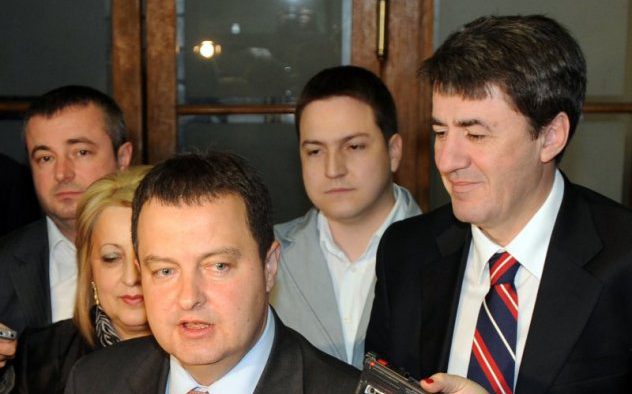 The House for Human Rights and Democracy (House) urged yesterday, 17th July 2012, the parties negotiating over the formation of the new government of Serbia to establish in this new government a ministry for Human Rights that would be vested with all competences regarding the protection and promotion of Human Rights, rights of national minorities, vulnerable groups, religious communities as well as issues related to post-conflict situation in the region.

In the previous government the human rights field was scattered in a number of ministries and other administrative bodies while the Ministry of labour and social policy dealt with gender equality and refugee matters, the Commisisoner for Refugees with asylum seekers, the Ministry of Religion and Diaspora with the protection of religious minorities, and the Ministry of Justice with the issue of mass graves created after the Second World War.

“The establishment of a body that would have the authority to deal with all these issues would send a message to the citizens that human rights are one of the fundamental values of society in Serbia” says the House for Human Rights and Democracy.

The Ministry would, according to the Human Rights House, have both political and technical capacities to propose strategies and policies in the area of human rights, to coordinate action with other ministries and to implement concrete measures and activities aimed at improving the status of minority and marginalized groups as well as strengthening the culture of human rights in Serbia.

Member organizations of the House urged Prime Minister IvicaDačić and the parties that negotiate the new laws on government and on ministries to organize a meeting with representatives of the initiative for the establishment of a Ministry for Human Rights and to endorse civil society propositions on the powers to be attributed to the body that will deal with human rights in the future government.

“Respecting the attitudes of civil society is one of the fundamental values of a democratic society, said the member organizations of the House. Ignoring the views of independent organizations and institutions concerned with human rights just before forming a new government would significantly jeopardize the new government’s integrity even before its inception. The House for Human Rights and Democracy calls upon the parties that will form the new government to demonstrate in practice the democratic principles they pledged during the election campaign.”

They add that the issue of fundamental freedoms and human rights will be dealt with in chapters 23 and 24 of the EU accession negotiations and that adds to the importance of opening a wide debate on these issues.

The initiative for the establishment of a Ministry for Human Rights in the new Serbian government has so far been supported by over 100 organizations, the coordination of associations of missing persons and national councils of all minorities. A letter proposing the initiative has been sent to leading politicians in the country (Source: Citizen’s Initiative).